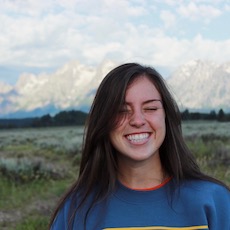 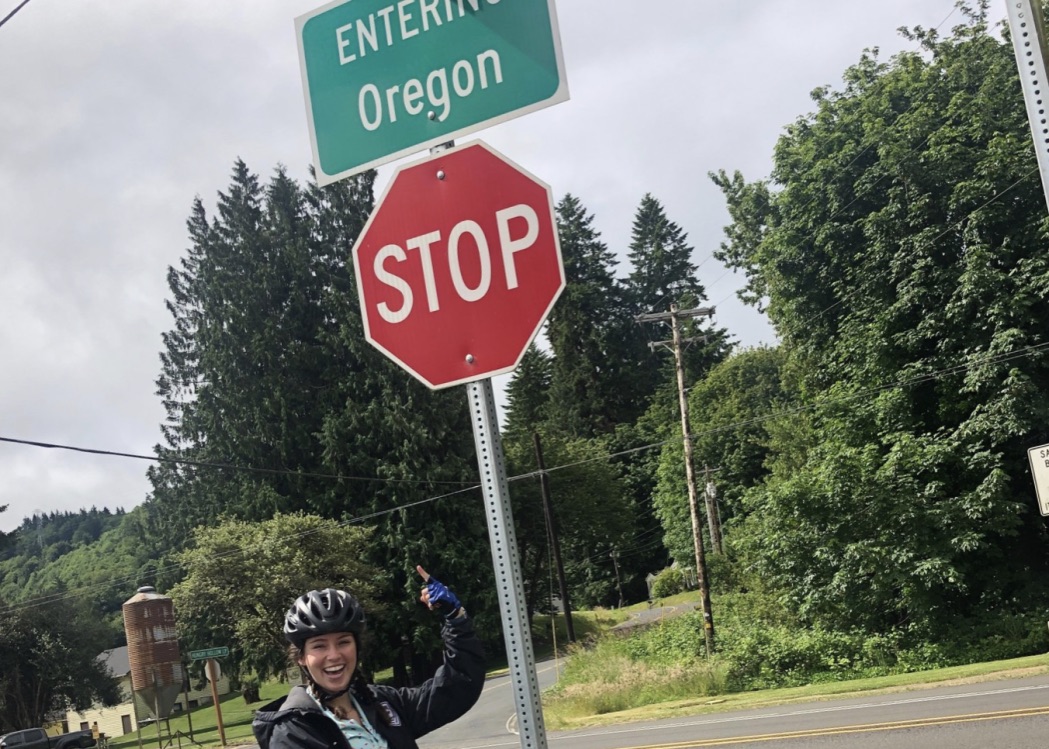 Started in Washington and ended in Oregon! This was the first day that seemed like it might never ever end. We started so strong saying goodbye to our INCREDIBLE host family and riding a ferry boat across a river! We took a trillion pictures by probably the most anticlimactic state entrance sign to exist lol. Then we climbed our biggest hill yet (over 600 ft of elevation) and felt more proud and accomplished than ever before!

I experienced my first bit of anxiety coming down some of the hills on highway 101. Cars zoomed by and I just truly felt like the shoulder was nowhere near big enough.

When I was 10 my dad surprised me by buying me a dirt bike so that we could ride together! I was so excited until the first 4 times I rode it ended with me running into trees, crashing, and hurting myself on all degrees! Ever since, I’ve been scared of going fast on anything (go karts, skiing, skating.......biking...etc.) Keaton and Robyn tailed me while I snailed my way down every hill gripping my handlebars like it’s the last chicken nugget at lunch (if you know, you know). I’ve learned that it’s so important to give bikers plenty of space. No matter how much you think you can squeeze past, it’s just not worth it.

After the big morning hill we thought we were practically coasting the rest of the day on a flat open road but that was anything but the case lol. We climbed hill after hill after hill and hoped lunch would be at the top of each one. Time ticked by and soon enough we’d gone about 20 HILLY miles, it was 2pm and the SAG was still nowhere to be seen. A couple miles later we were welcomed by the most gracious bike shop in Astoria (home of The Goonies!!!!!) and some of the best vegetarian food I’ve ever tasted! they made veggies taste exactly like chicken and I’m still baffled!

Morale was quit low at the bike shop because the 35 miles had been long and hilly! Nonetheless, just as the paninis we’re starting to revive us, we found out that our maps were mapped to the wrong place and instead of 9 miles left, we actually had 18. Ouch...

We arrived at our host home last night feeling more like the day had defeated us rather than the other way around. We regrouped through dinner @ Thai me up and warm showers at Neil’s and fell asleep knowing (being HUMBLED by the hills to say the least) that we aren’t biking for the ease and comfort of the ride. We are cycling and pushing ourselves past our limits to show people that these girl’s are worth riding for! Yesterday reminded me who we we’re riding for and that at least made the day feel not so bad!