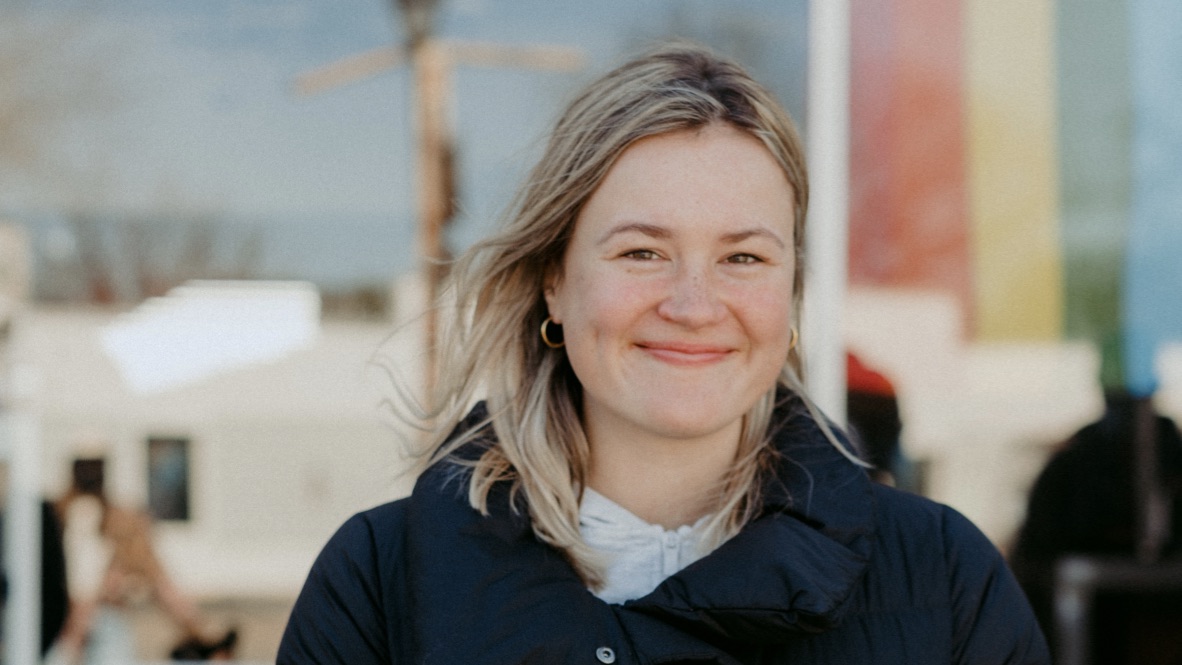 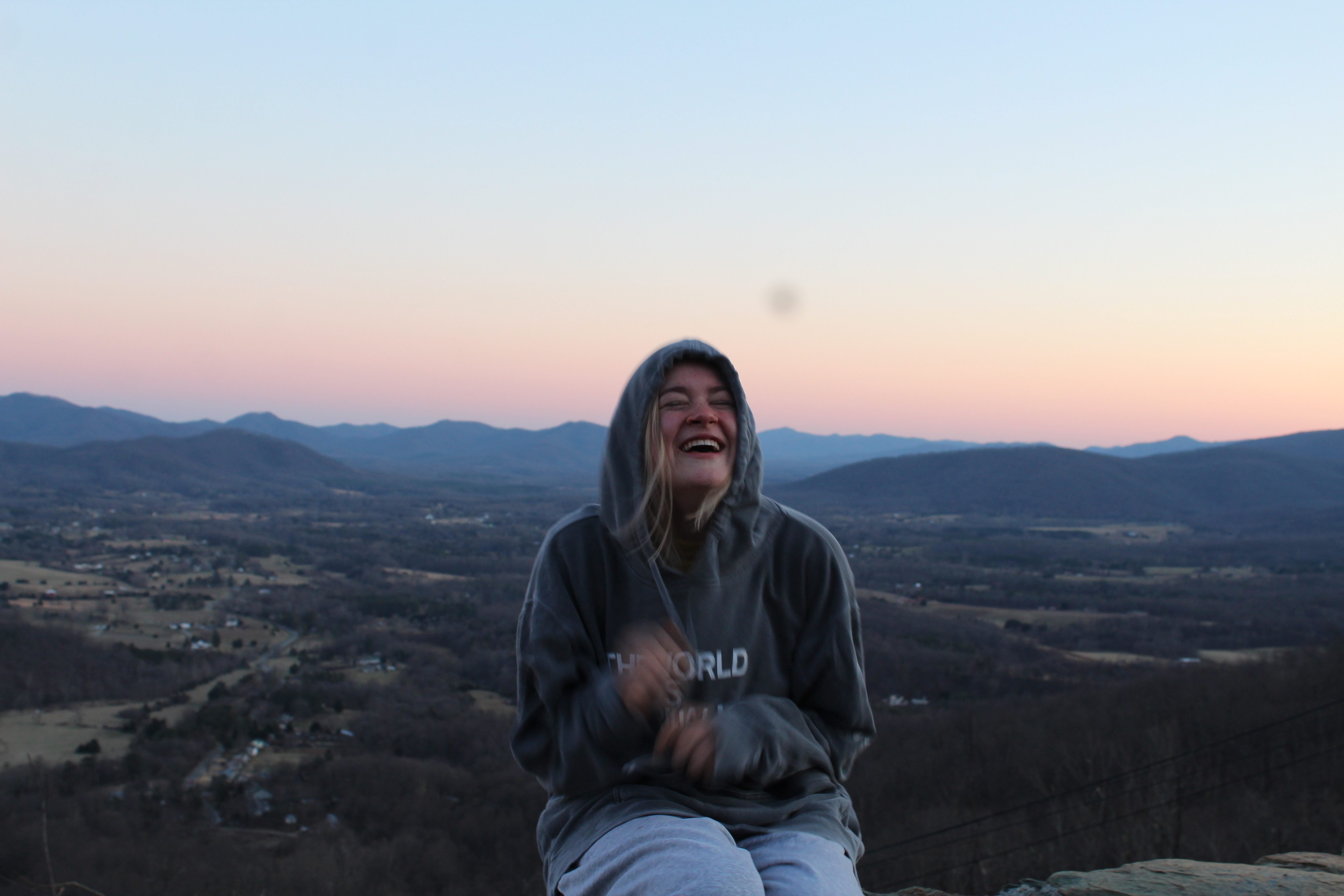 Hi everybody! I’m Bella (who also responds happily to Isabella). As a freshman at TCU, I am the baby of the team and make up one of five Texas team members, although it’s worth noting that I am not from Texas and instead grew up in the mountains of Charlottesville, Virginia. I only make that distinction because those are two very different cultures to grow up in! I feel blessed to have grown up in a granola city where farmers markets took over street corners, nature was the playground, and you only had to drive five minutes to be in a national park. Charlottesville will always be home to me because it holds the people I love most (Hi Mom and Dad!) and was the backdrop to my most precious and most formative memories. Currently, in Fort Worth, Texas, I am studying Political Science and English (hopefully my writing here shows a bit of my literary pursuits) on a pre-law track with a dream of stepping boldly into the justice system as a public defender.

Before I introduce you to deep corners of my soul, I need to sprinkle in some fun facts so enjoy these tidbits! I am addicted to the show survivor. Hardboiled eggs are my favorite food. I have zero tattoos, but have a list of six that I want. I hate the cream inside Oreos and only eat the cookie part. Last but not least, my friends and I are trying to find the best taco in Fort Worth (if you’re in town, go to velvet taco!) and have spent way too much money on this investigation. Those fun facts show the fun side of me, but the following paragraphs show a much deeper, more personal side: my passion for justice.

“Isabella cares a little too much about justice.” I remember those words spoken about me, spoken over me, like it was yesterday. A comment that stung so deeply and still stings so deeply because it advocates for the embrace of comfort over change and shames me for not following that same route. The person who said this comment knows and loves me, which made it all somehow so much worse. Do I care too much? Does my passion for justice bother those around me?

For as long as I can remember, justice has been core to who I am. Ever since I was little, my mom has called me her “little justice girl.” I see things sharply as right or wrong. And the wrongs stick out to me, like a sore thumb. It’s a way I see the world, with eyes seeing exploitation, with a heart that breaks at the pain of others, and with a core desire to correct oppression.

Injustice abounds in this broken world. And I noticed it from a young age. I remember crying on a car ride home from school after witnessing the extremes of homelessness in my hometown. For years, I tried to convince my parents to adopt another kid nearly every week. “We could give someone a family!” I would explain, not understanding the exhaustion of my two tired parents who did not share my youthful endurance. Sexual assault really upset me in middle school; for some reason, this particular injustice broke me. It felt so dehumanizing, for someone to ignore your voice. I was a mad middle schooler who became a heartbroken high schooler as injustice after injustice flooded my radar.

The treatment of immigrants. Homophobia. Homelessness. Poverty. Sexual assault. Abuse. Brokenness within foster care. Systemic racism. Mass incarceration. Injustice after injustice overcame me. I cared so deeply about all of these issues in a way that was unique from my peers; they convened with my personal life. I couldn’t read a story about children locked up in cages and then forget about it; it stuck with me.

My eyes saw all of these injustices both occurring around me and reported on in the news I consumed and in the books I read. And yet, my eyes did not see sex trafficking for a long time. I had a textbook definition of what sex trafficking was, but no concept of how sex trafficking looked in real life, nor the prevalence and magnitude of it within my own country, my own state, my own community. My eyes, my justice-lensed eyes, totally missed it.

I think there are several reasons why they overlooked the injustice of sex trafficking. First, I grew up with privilege, both tangible and abstract. Tangibly, my neighborhood was safe, my family was financially well-off, and I had every need met. Abstractly, I was loved deeply and never experienced an absence of love. This privilege protected me from the reality of trafficking as it was something I myself was not especially vulnerable to. Secondly, no one in my community talked about it. The news didn’t flash headlines on trafficking. The books I read hit on other instances of injustice in other areas of society. Information was not given to me; I had to find it. Finally, I think I had an arrogance when it came to injustice where I felt like I was educated. I was educated, I had put a lot of work into understanding the complexities of our world, but being educated does not mean you know all there is to know.

You can know a lot and still have a lot more to learn.

All these factors shielded my eyes from sex trafficking. Sex trafficking still very much existed, but I wasn’t noticing it and thus not fighting it. So how did I begin to see it? What changed?

I actually began to see it through the injustices known to me.

I yearned for change in our foster care and dove head first into understanding foster care. Immediately, I was confronted with sex trafficking; I learned that, according to the FBI,  “in 2013, the FBI recovered sex trafficking victims from over 70 cities nationwide, and over 60% of them had been in foster care or group homes” (https://citylimits.org/2015/01/23/why-traffickers-prey-on-foster-care-kids/).

I am vehemently against the discrimination of those in the LGBTQ+ community. I could write pages about this, but to sum it up: love is love. And when I found out that, according to The Polaris Project,  LGBTQ+ people are the demographic most vulnerable to being trafficked, that stuck with me.

The same connections appeared quickly in regards to other societal complexities; homeless youth, immigrants, and BIPOC individuals are more vulnerable to trafficking. Every injustice I had been seeing for so long connected to the injustice I was missing: trafficking.

Sex trafficking is not an isolated issue. As previously exhibited, it both shows and feeds into other instances of injustice. Intersectionality is a concept that interests me immensely and directly applies to sex trafficking. My decision to ride exists not only because I desire to see the end of sex trafficking, but also because I want to break down the limitations of poverty, I want to chip away at a system that sexualizes women, I want to protect immigrants, I want to fight against racism, I want to accept LGBTQ+ youth, I want to protect foster kids. I truly want to see justice flow like a river and I believe sex trafficking needs to end for that to occur within a multitude of systems.

Now that my eyes see sex trafficking, I can’t unsee it. I can’t unbreak my heart. I can’t stop caring. So as I still wrestle with the words spoken over me, as I still wonder if I care about justice “too much,” I realize that for me it’s not a choice. I  am not choosing to care too much, I simply do. And I refuse to silence the convictions I hold. I care deeply about pursuing justice within the sphere of trafficking and within all the spheres connected to trafficking. And so, from this abundant passion, this “little justice girl” will be biking down the coast this summer.