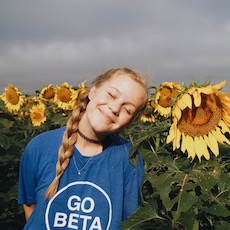 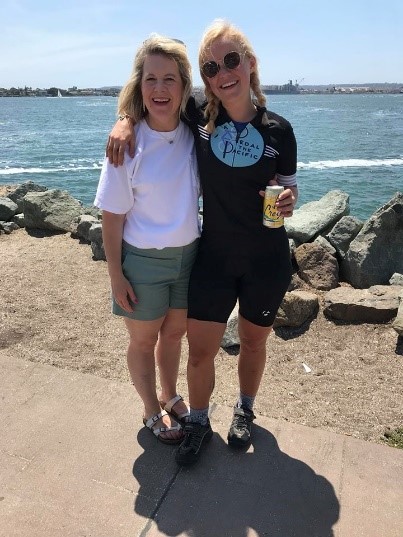 In this mom’s opinion, these girls will be sharing stories about the summer of 2018 to their future children and grandchildren.

Over the summer of 2017 my daughter, Lizzie, was living in San Diego nannying for some family we had there. She loved her time there and grew up tremendously, so I thought.  During that time, a friend of a friend shared or liked something on Instagram about three girls who were riding their bikes along the coast for victims of sex trafficking.  That’s about all I knew.  Lizzie was following their journey as she knew they were wrapping up in San Diego and thought maybe she could go see them at their finish.  That did not end up working out as she had to get back home to head off for her sophomore year of college and that was the last I heard about the bike ride over the summer as we all got busy with school and college and life here in Oklahoma.

Then, sometime late in the fall of 2017, Lizzie mentioned the cyclists again.  “Hey Mom, remember those three girls that rode their bikes down the coast last summer?  They are taking applications for a team for next year and I am going to apply!”  I told her I thought that was great and to keep me posted.  I know I am the mom of a tenacious, strong-willed, adventure-seeking daughter, but I didn’t really think much more of it.  But, in true Lizzie form, fast forward a couple of months and the next thing I knew she had a Skype interview and then shortly thereafter, she was on the team!

So, time went on throughout the winter/spring and Lizzie sent support letters to our friends and family, we helped her to gather supplies, her bike and other gear for the trip. She put together what turned out to be a really great fund-raiser in Stillwater, Oklahoma to raise funds for The Refuge for DMST.  She traveled to Austin to meet the rest of the team in February, I seem to remember, then went a second time in early June to tour The Refuge.  She was becoming a fund-raising, sex trafficking victim’s advocate for sure.  I was certainly impressed with everything she was doing.

During this time, my friends would ask me what the girls were doing over the summer.  Lizzie’s big sis, Allie, was graduating from college and starting her first “real” job and Lizzie was doing Pedal the Pacific, I would tell them.  Then I would explain the “why” behind the bike ride.  They would ask me questions, that I often did not have the answer to, about logistics…where would she be staying at night? What if the support car breaks down? Etc.  I found it was better for me to just say I didn’t know and kind of didn’t want to ask…I just had to trust that the daughter I had seen become so independent the summer before would continue to build and lean on those skills this summer too.

Before I knew it, it was time for Lizzie to pack up and head to Seattle, Washington to meet the team and then head out.  I decided to go out with her and we had a ball.  I loved meeting the other girls and two of the three PTP founders, Grace and Savannah. I watched the eleven girls pack their panniers and ready their bikes.  I watched as they struggled to get on their bikes for the first time with their 25-30 pounds of gear…and I began to panic.

I didn’t want the girls to think I didn’t have faith in them and their journey, but fear began to set in.  The reality of what they were embarking on invaded my heart and mind like a wave. Sleep the night before Lizzie and the team left did not come.  I tossed and turned all night as visions and thoughts of all of the things that could possibly go wrong flooded my mind.

The next morning, we grabbed a quick bite to eat with teammate Isabel and her mom, Tamara, before meeting up with the team.  Tamara and I hung with the team all day as they did press events, then boarded the ferry to get to where they were going to begin their ride.  We both felt like we were hanging on, maybe too long, but leaving was not easy.  We finally parted ways as the girls were enjoying their first donated lunch.  Walking away from them was one of the hardest things I have ever done.  I fought back the tears and although I could have absolutely burst out, I kept it together for the sake of Lizzie.

The next few days Lizzie would call or FaceTime me every day.  These calls were so helpful in easing my fears.  If they were not going to have cell coverage, she was great to let me know in advance so I wouldn’t be worrying.  I think there was just one time that I couldn’t reach her and started to really worry, but she eventually reached out and all was well.  In fact, all was more than well.  She was having the time of her life!

Along the way, Lizzie told me story after story after story of kindnesses shared with the team during their trip.  The girls had so many people offer to feed, house, or meet some other need that existed.  This did my momma’s heart good to see.  With all of the negatives in the news these days, it was absolutely refreshing to see and hear about so much good being shown to my daughter in the absence of her own family and friends.

I had never spent so much time on my phone and on social media…constantly living for any text/post/photo about their progress.  I was always so excited to see where they were, who they had met, and what they were doing.  The scenery was beyond gorgeous. I’m sure many of my friends tired of me sharing multiple posts about the trip and the girls’ experiences, but I shared just the same. (I thank them for their patience with me!) During one phone call with Lizzie toward the end of the trip I was able to listen as she shared with a cyclist she met along the way the reason they were riding.  It was inspiring to hear her talk about the money raised for the Refuge and to talk with ease to this complete stranger.

I asked her later if this happened often and she said it happened all of the time.  How incredible.  These girls were sharing, daily, about the issue of sex trafficking in our country.  The people they shared with would tell others, and they will tell others, and who knows where it will end up?

The girls’ return was wonderful.  There was a balloon arch for them to ride through and many parents and friends/families were there to cheer them on!  It was so wonderful to hug Lizzie and welcome her home.  There was some food for the team and I can just speak for Lizzie and say she commented about being a bit overwhelmed.  But it was good.

That night the team gathered for food and stories and it was awesome.  Over $147,000 was raised for The Refuge, which would not have been raised otherwise.  The eleven “hilariously unathletic girls” were strong and had distinct tan lines on their mid-thighs…badges of honor for cyclists.  Each shared a high and a low from the trip and I noticed that almost every girl’s low occurred on the same day as her high.  Even on their lowest of low days, a “high” was right around the corner whether it was by way of a donation to the Refuge, garden fresh veggies and fruits, a dog to play with, or an unexpected warm shower.  They all spoke of goodness. Of kindness. Of feeling welcomed and cared for, even when they were all hundreds of miles from home and away from those who cared for them most.

In this mom’s opinion, these girls will be sharing stories about the summer of 2018 to their future children and grandchildren. It is something that will always be with them and I believe they will look back on this experience fondly and are changed because of it. I will forever be grateful to Grace and Savannah for helping us all to become more aware of the issue of sex trafficking and for giving our girls the chance to raise awareness and make a difference.